The three-floor palce contains a museum, and is distributed over 34 halls decorated with hundreds of relics from the 15th to the 19th century,

The birth of Vizcaya

James Deering (Vice president of the Internacional Harvester Company) was a man with a dream, and the money to make it a reality.

When he retired, he dedicated himself to his pet project, buying 72 hectares of land by the coast. He contracted three architects to build him an Italian Renaissance mansion, with a traditional look, as if it was taken straight from the 16th Century. The mansion was, also, to be surrounded by enormous and beautiful gardens, creating a dreamlike environment.

Construction began in 1914, and was almost finished two years later, with the help of 1,000 workers, almost 10% of Miami's population at the time. But, for all the luck he may have had in his life, Deering sadly never quite got to see his dream home finished, dying in 1925, a little before the work complex was truly completed.

The best way to explore the enormous mansion and its gardens is by taking a leaflet with a map bearing the recommended route, and some descriptions of the complex. Touring the regal halls of the mansion is a unique experience, with some of the most interesting being:

The visit to Vizcaya leaves you with plenty of different feelings, jealousy, to want to live in such a beautiful place, intrigue, wanting to get to know every nook and cranny of the palace, and serenity, embodied by the calm of the mansion gardens. 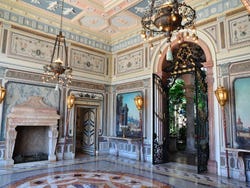 Inside the Mansion at Vizcaya Museum and Gardens 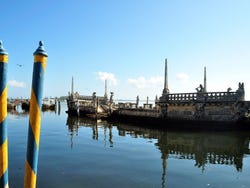 Ticket to Villa Vizcaya and Gardens US$ 85