Villa Vizcaya is one of the most important monuments in Miami. This ticket gives you the opportunity visit its museum and gardens through which you can get to know the past of one of the most famous cities in the United States, learning how it turned into a major metropolis at the beginning of the 1920s. 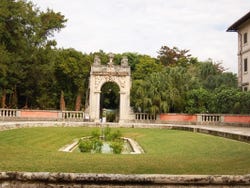 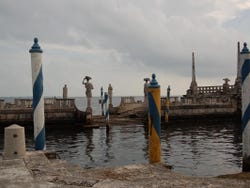 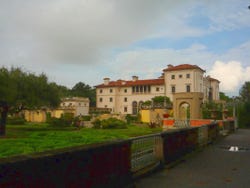 Having picked you up at your hotel, we make our way to Villa Vizcaya, which was the winter residence of the collector James Deering, and whose construction inspired the luxurious Villa Italiana. It can be found in the exclusive Vizcaya Bay, where the millionaire ended up living on the advice of his doctors; his anaemia led them to recommend a climate of sun and sea.

Once there you can check out its museum, in which you will learn of the history of Miami, which in the 1920s began to become the great metropolis we know today. And you'll see how the wealthy in this period created luxury houses which they took as model European palaces.

You'll also have the opportunity to pass through its orchid filled gardens, which will transport you 100 years back in time, and head out to contemplate the views from the pier.

All of our providers comply with local legislation and applicable health recommendations to avoid the spread of Covid-19. Show more

A safe distance of one metre between clients will be maintained whenever possible.

The use of masks is obligatory. The client must bring their own mask.

Alcohol gel will be available before, during, and after the service.

All those running the service (guide, driver etc...) will wear a mask throughout its duration.

Handing out of printed material such as maps or brochures will be avoided.

The temperature and wellness of all those taking part in the service will be monitored daily, excluding and maintaining in quarantine any who display fever or symptoms.

The temperature of all attendees will be taken, and admission will be denied to those with a temperature of more than 37 degrees Celsius (99 Fahrenheit), and a full refund applied.

The transport used will be disinfected before and after each service and deep-cleaned every 24 hours.

The capacity of all means of transport will be reduced to 75% of their maximum capacity.

Showing your voucher on your phone will be enough, and it is not necessary to print anything.

Ticket to the Villa Vizcaya and gardens.

Pick up and drop off at your hotel in Miami.

You can book up until the previous day (11:59 pm) if there are still places available. Book now to guarantee your spot.

Electronic. Show the voucher on your phone.

All services published on Civitatis are carried out in accordance with our Sustainability Code. Specifically, this activity applies the following practices: Show more

No printing of documentation required.

If you have any other questions please contact us.

Free! Free cancellation up to 24 hours before the activity starts. If you cancel under this time or do not show up, you will not be refunded.
like

8.50 / 10 312 reviews
Take a relaxing cruise along the Biscayne Bay and enjoy stunning views of the numerous celebrity mansions, Star Island and Miami Beach.
US$ 30
Book
like

No rating yet
On this Miami Night Tour, you'll discover one of the most iconic locations famed for its creativity all while enjoying the magic of the moonlight.
US$ 49
Book
like -17%

8.10 / 10 264 reviews
On this trip we will get to know the Everglades, the wildest region of the United States, passing through the swamps in a hovercraft and seeing a crocodile show.
US$ 59 US$ 49
Book