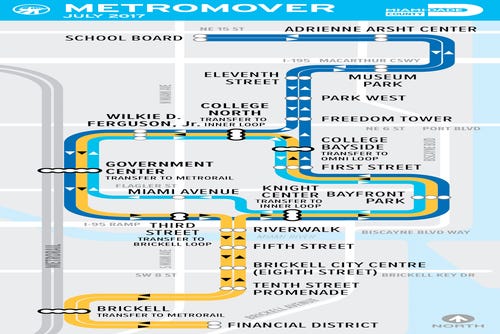 You can transfer onto the Metromover from the Metrorail at the Government Center and Brickell stops.

The Metromover runs from 5 am to 12 midnight, every minute and a half at rush hour and every 3 minutes outside, every day of the week. This makes it a quick and convenient way to get around the centre of the city.

The Miami Metromover shows you the centre of the city, saves you from the city's traffic, and best of all is free! There's no reason not to give it a try.