The Miami Beach island is connected to Miami proper by five elevated motorways. One of the main ones is the MacArthur Causeway, which connects the urban centre of Miami with South Beach. Crossing the MacArthur Causeway there are various bridges that connect Palm, Hibiscus and Star Islands, all of which are filled with the mansions and yachts of the rich and famous.

The two large islands found to the south of Miami Beach, Dodge Island and Lummus Island, together make the Miami Port, the largest cruise port in the world.

Via the Julia Tuttle Causeway, you can get from Miami to the North of Miami Beach. Here you can find a huge number of residential complexes and commercial centres such as Bal Harbour.

Although this area isn't as well known to tourists, it also boasts beautiful beaches such as Haulover Beach Park. The beaches of the north have more waves than in the southern area, and are therefore more frequented by surfers.

The Surfside and Sunny Islands are some of the most beautiful parts of North Miami Beach: both of which feel a little like a trip back in time, which is why they are the favourite hangouts of the slightly older tourists who have been coming to Miami year after year.

South Beach is the most characteristic neighbourhood in Miami - found at the south of Miami Beach, between streets 5 and 41, the South Beach neighbourhood boasts hundreds of art deco style buildings, leisure parks and beautiful people (Ocean Drive) and some of the best-known beaches in Miami.

South Beach is the most interesting and attractive part of Miami, and below you can find some fo the places you simply can't miss.

Found on South Beach between streets 16 and 17, Lincon Road has more than 300 restaurants, cafes, and fashion boutiques.

Years ago, Miami Beach didn't have any shopping areas, meaning that its residents had to head into the city itself to do their shopping. It was then that Carl Fisher decided to create the "Fifth Avenue of the South" in what was, at the time, little more than a dirt road in a mangrove swamp. The fact that it was below sea level didn't prove a problem, as it was filled in with sand from the Biscayne Bay, and once paved, departments of many major brands began to spring up in the area, garlanding it with great prestige.

Lincoln Road is one of the few pedestrianised streets in Miami, meaning it's a delightful place to simply wander among its palm trees, do some shopping, or take a break on one of the terraces.

Española Way is a little street perpendicular to Ocean Drive and Collins Avenue, designed to attract tourists and residents with its wide offer of art galleries, artisanal shops, and tens of restaurants to cater for all tastes.

The Mediterranean style buildings which date from 1920, give the area a bohemian air in which you can really enjoy some great food.

Española Way is between Washington and Jefferson streets, and streets 14 and 15.

Other Streets and Areas

These are the other important parts of South Beach:

The South Beach area is filled with leisure activities, but also boasts a great cultural offering in some of its museums: the Wolfsonian, the Bass Museum of Art, the Jewish Museum of Florida and the Holocaust Memorial being some good examples.

Miami Beach, and South Beach in particular, are the best places to stay in Miami. Here you can find all you need for your holidays: spectacular beaches, hundreds of shops and restaurants, all in with an unequalled atmosphere. 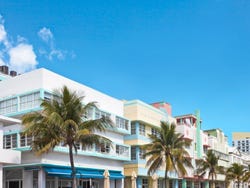 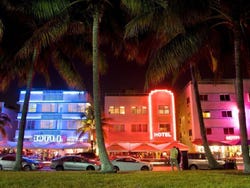 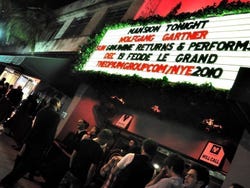 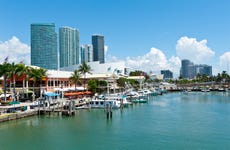