Little Habana, the financial and Art Deco districts, Coconut Grove... get to know the contrasts of Miami on this tour, one of the most popular in Florida. 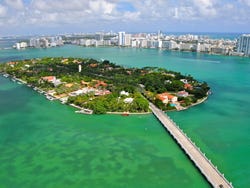 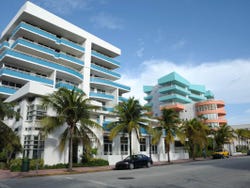 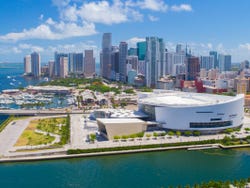 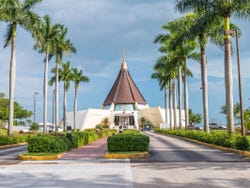 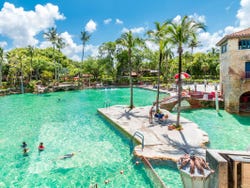 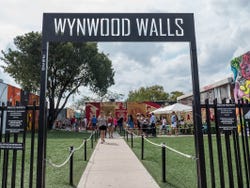 Having picked you up at the meeting point, our walking tour around the Miami neighbourhoods begins, climbing on board our air-conditioned minibus and heading to South Beach. On this first tour, we'll pass alongside Star Island: an artificial islet, whose exclusive mansions have been homes to celebrities such as Enrique Iglesias, Sylvester Stallone, Ricky Martin, Madonna, or Angelina Jolie and Brad Pitt.

The tour will continue around the Art Deco district, whose buildings, built from the 1930s onwards, display an unusual architectural style which aimed to cheer up the population in the turbulent years following the 1929 Wall St. Crash. The contrast of styles between the Downtown area and Financial District which we visit next is striking, as here the pastel tones and soft forms of Art Deco are replaced by gigantic skyscrapers of steel and glass.

Our route then continues alongside the Church of Our Lady of Charity, consecrated in honour of the patron saint of Cuba. Here we'll make our first stop, enjoying a delicious Cuban coffee and with free time to wander the banks of Biscayne Bay.

The church can be found in Coconut Grove, the most populated Afro-Caribbean neighbourhood in Miami, notable for the joyous colour permeating its streets. And from here we'll make our way to Coral Gable, to see its famous Venetian swimming pool, before making a stop in Domino Park, a popular meeting place for the Cuban immigrants who live in the Little Habana neighbourhood.

Finally, before returning to the initial start point, we make one final stop in Wynwood Walls, a space which Miami's urban artists have moulded with various graffiti murals.

Then after a tour of approximately four hours, we'll end in the same place we picked you up.

Schedules and Pick Up Points

The tour will leave at the indicated times, from the following points in Miami:

When you book this activity, you must choose a pick-up point (McDonald's or Holiday Inn Hotel).

If you wish to see even more of the city, you can make the most of a special offer combining two of the city's most exciting tours by booking the Miami Tour + Cruise.

The tour is exclusively in English.

English speaking guide, specialist in the history and culture of Miami.

Transport in an air conditioned minibus.

Cuban coffee and a bottle of water.

11% discount on the official ticket price.

You can book up until the previous day (11:00 AM local time) if there are still places available.

No (not suitable for people with reduced mobility).

Free! Free cancellation up to 48 hours before the activity starts. If you cancel under this time or do not show up, you will not be refunded.

I travelled with my partner
10

I travelled with teenagers
10

I travelled with my partner
10

I travelled with friends
Show all the reviews
like -16%

8.70 / 10 243 reviews
Take a relaxing cruise along the Biscayne Bay and enjoy stunning views of the numerous celebrity mansions, Star Island and Miami Beach.
US$ 32 US$ 27
Book
like

6.80 / 10 112 reviews
Enjoy a day trip to the Bimini islands, a Caribbean paradise in the Bahamas, only two hours from Miami. Board the boat and get comfy until you arrive at this idyllic destination.
US$ 155
Book
like -15%

8.10 / 10 254 reviews
On this trip we will get to know the Everglades, the wildest region of the United States, passing through the swamps in a hovercraft and seeing a crocodile show.
US$ 59 US$ 50
Book